Cytosport approached us to create a unique tradeshow booth for their Evolve Plant Protein Series RTDs, which were also entirely created by AGD. They wanted a natural-looking 10′ x 10′ tradeshow booth that could easily be assembled and broken down by one person. We chose sturdy, yet light materials, and also repurposed wooden pallets as the sampling counter base. We used bamboo for the floor mat and accented the finished design with plantlife. This booth also featured a full-size branded refrigerator.

The landscape you see on the large white sections of the booth are actual photographs of National Parks, as we also initiated a cause-oriented marketing campaign strategy with this project, and Cytosport teamed up with the National Parks Foundation, where a portion of proceeds was sent. 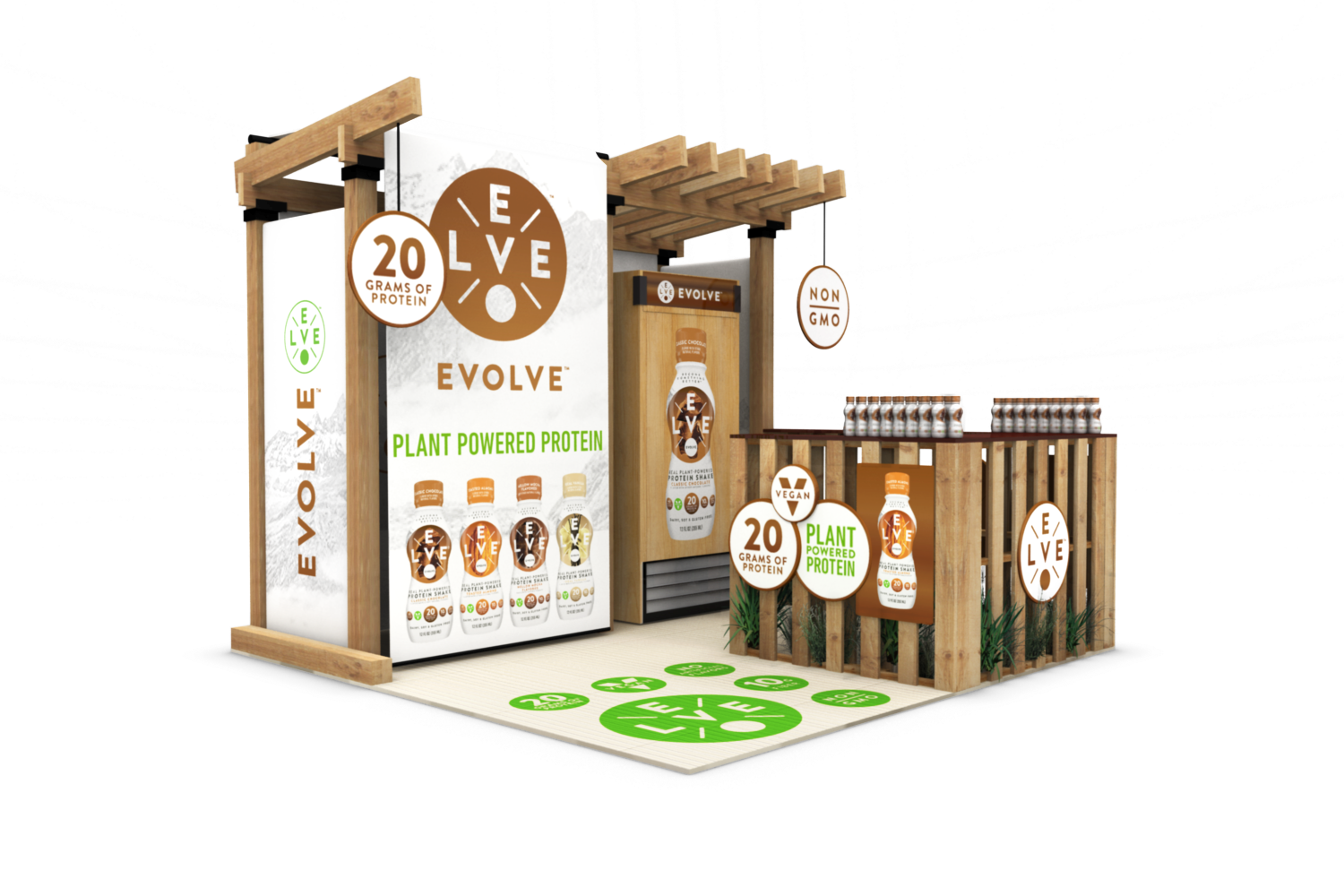 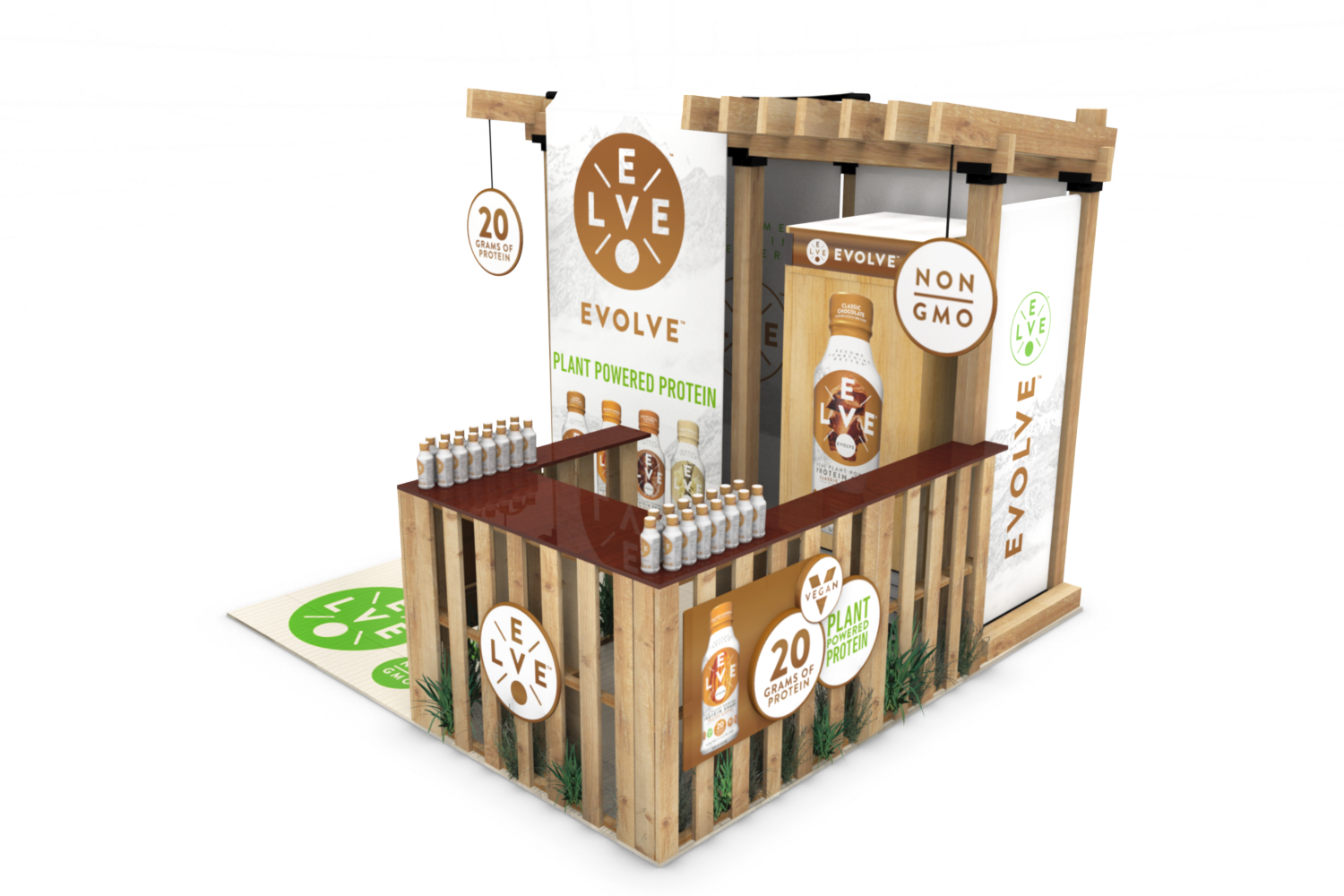 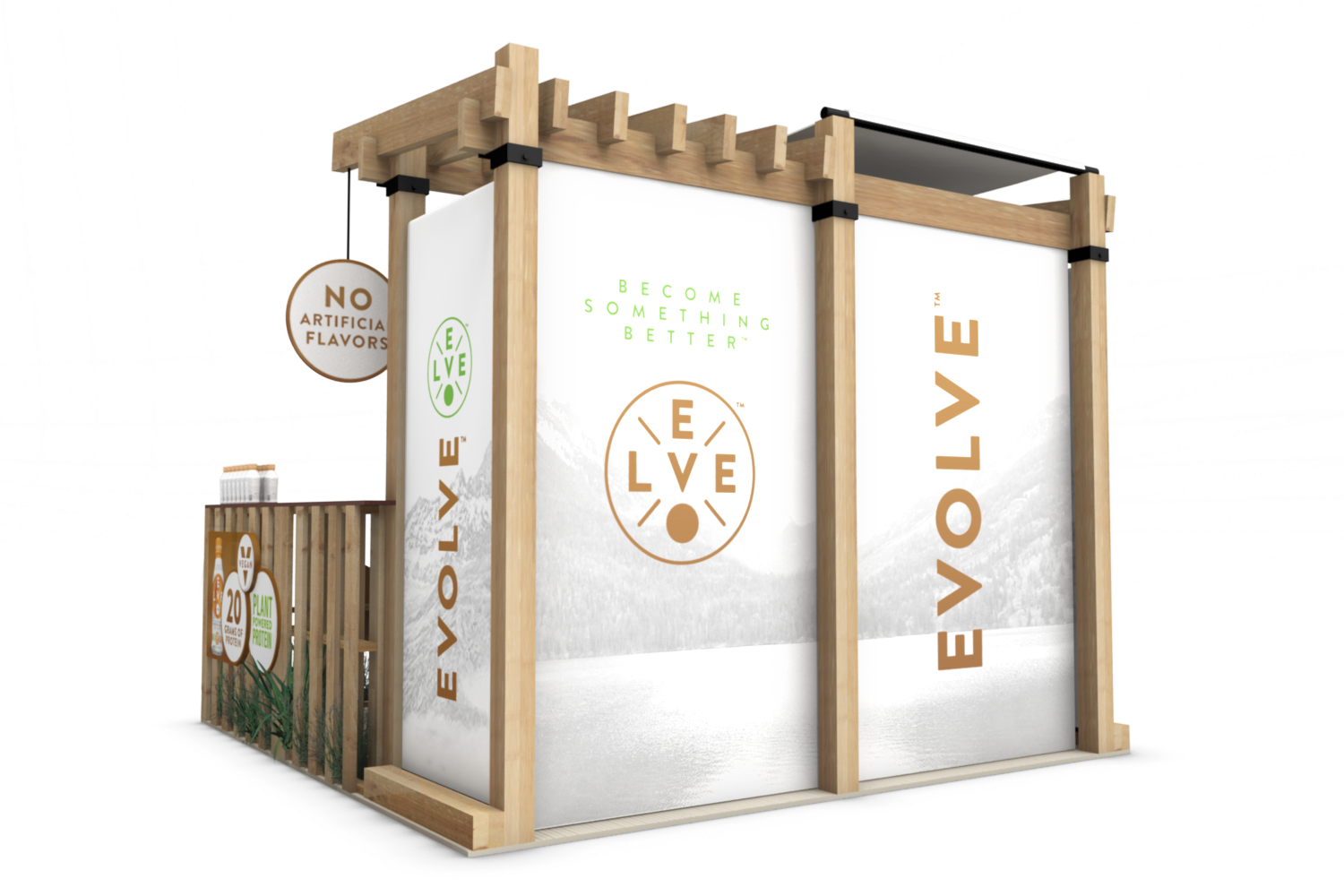 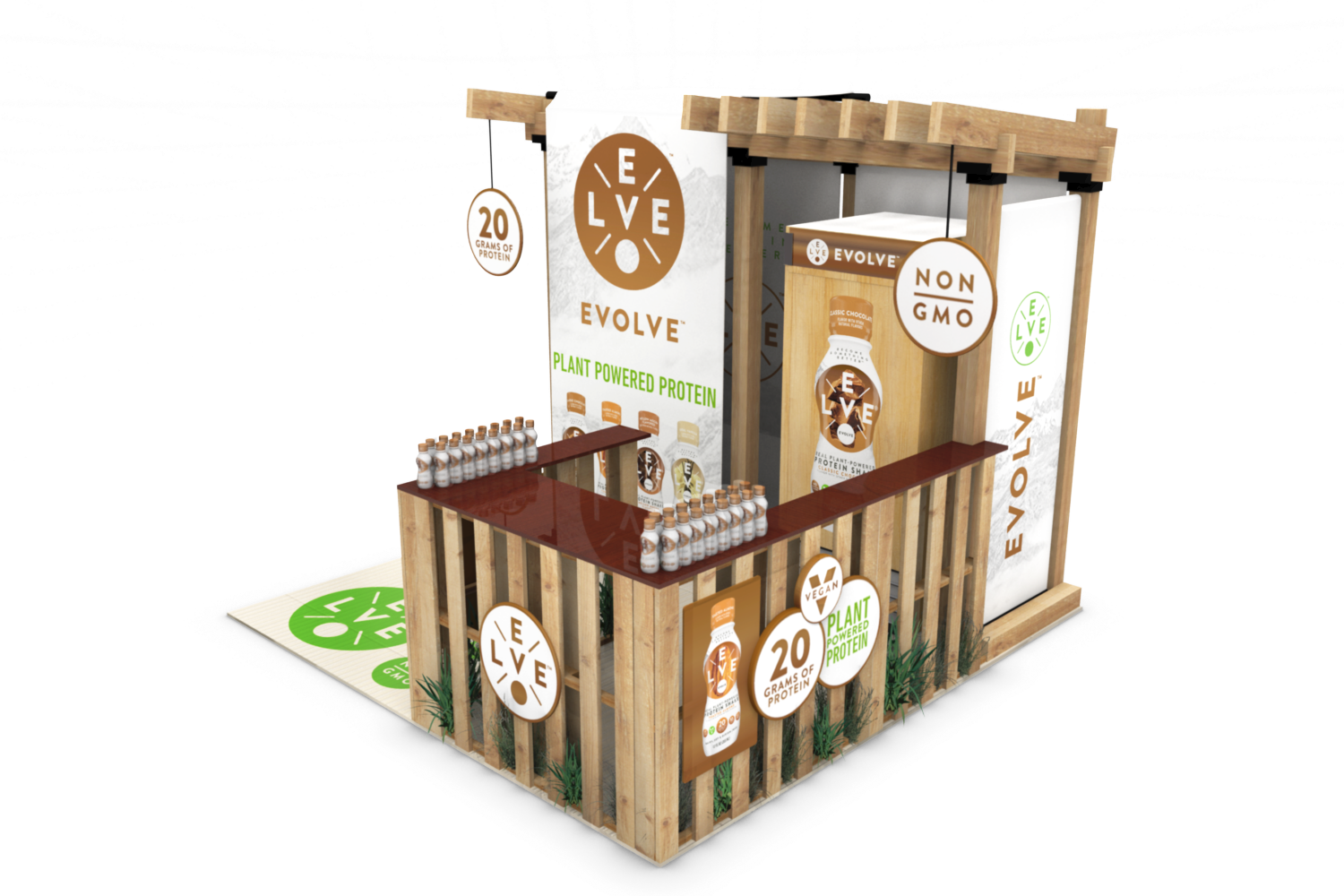 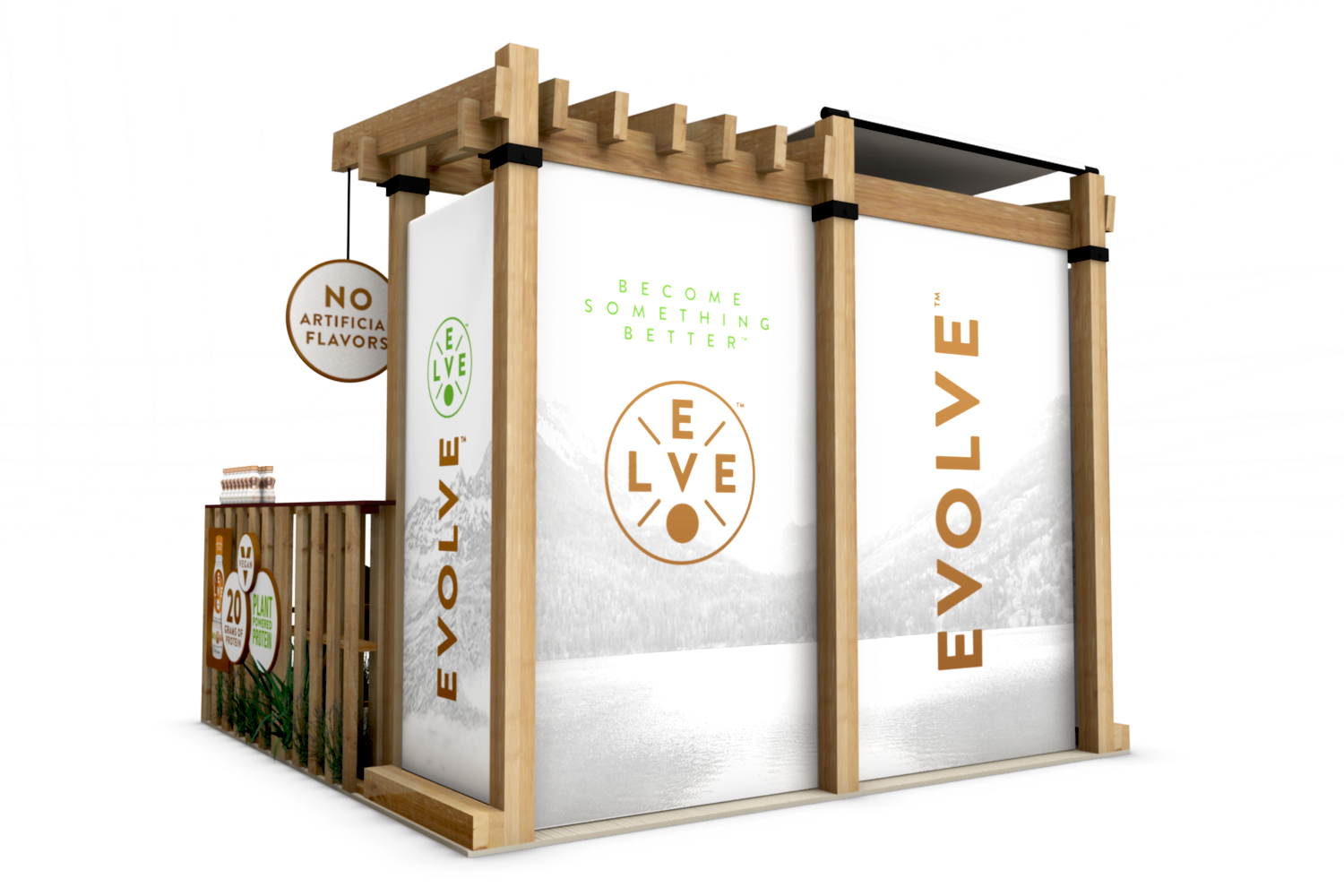 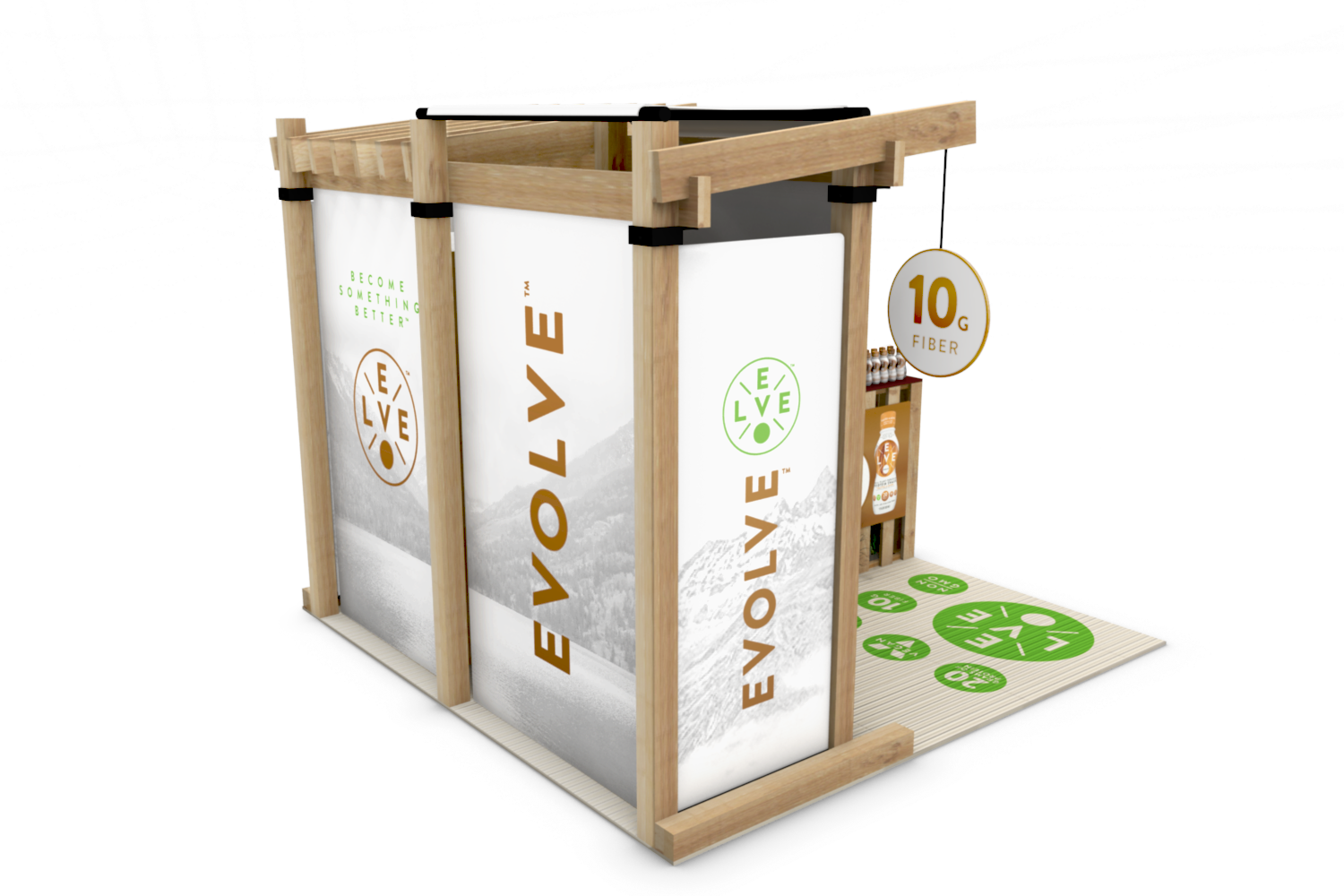 Print to digital. Static to motion. We are a multi-talented group of passionate designers, developers, strategists, and dreamers who solve visual communication problems.